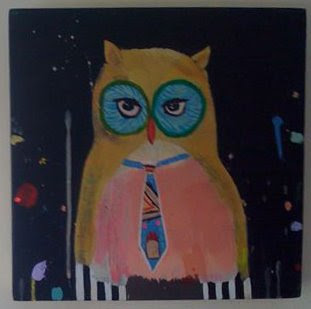 Last night, we held our first Maison VIVIER salon. The wonderful Echo Park-based artist, Deedee Cheriel, was the subject of our first salon. She filled our house with her colorful paintings on Tuesday night and that night I had dreams that the house was being burgled and I panicked because I would never be able to pay her back. It was like my version having the Hope diamond in my house or something. I mean, not they equal that in dollars, but come on, how do you repay someone for ther life's work? Anyway, it didn't happen and I was so happy to wake up and come downstairs to the sunny house beaming with these amazing paintings. 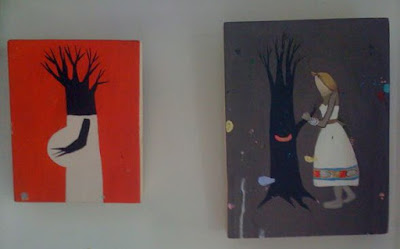 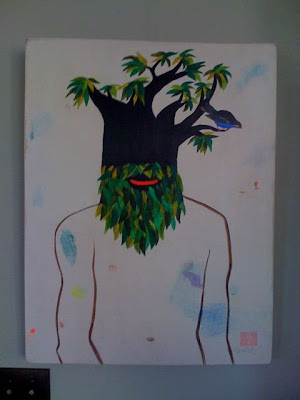 Here's defintion of our new salon series:
"Clare Vivier, owner of VIVIER – an LA-based bag company - will be hosting a salon with painter Deedee Cheriel. The evening will include a viewing of recent works, a talk by the artist and conversation in the salon style. The salon dates back to the early 1600’s in France when a young noblewoman set up an alternative space to view and talk about art. Clare’s mother has run a successful, weekly salon in St. Paul, MN for the last 7 years, which has become a forum for poetry, politics and art. Clare has brought this family tradition to the west coast." 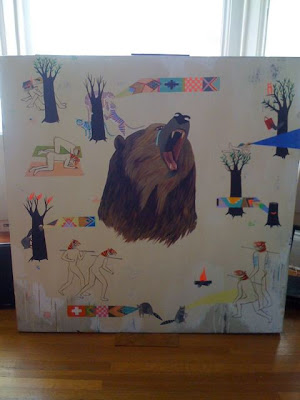 My mom's salon's are way more esoteric, like the topic of her's this week is the healing powers of poetry, but still... 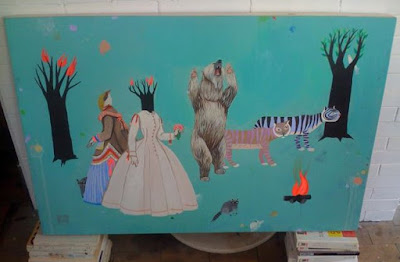 our salon took place last night without a hitch. (Mostly due to the efforts of VIVIER's creative events director and wonder woman extraordinaire, Else Henry.) 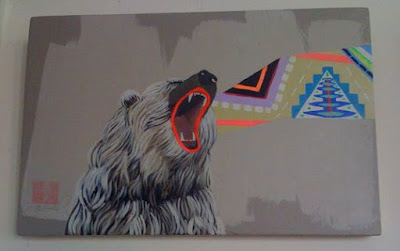 About 50 people came so it was a little hard to have a real conversation about her art, but the best part was when everyone stopped chattering and listened to Deedee talk for about 15 min on her work. She said that her work is influenced by magical realism, growing up in the pacific northwest where she spent a lot of time camping and outdoors in general, and also by her half Indian heritage (among other things). 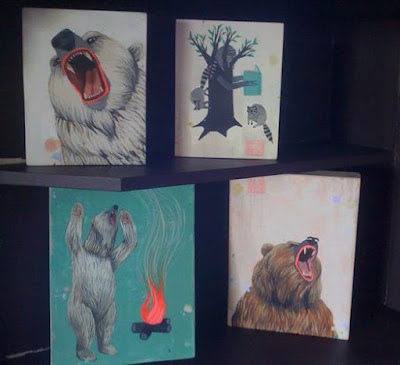 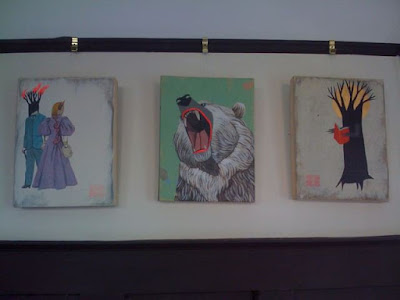 I'm so sad to see it go. She's packing all the work up now, as I write.
But at least she's leaving a few behind for us at Maison Vivier to remember when our house was filled with Cheriel. Yay!
Back to Clare V.