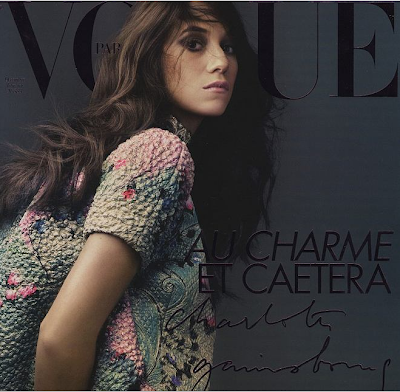 Ode to Charlotte sounds like a band name. I know it's not terribly original to blog about CG, but she's on my mind these days because le mari will be spending the next couple of days with her. She's in town recording her new album and he'll be filming her. 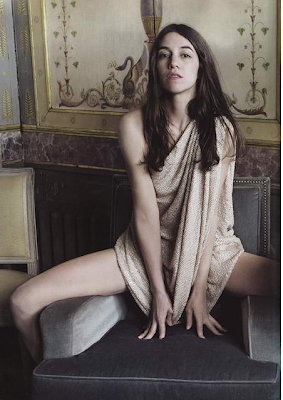 I'm not a star struck person, but Charlotte I'd like to meet. I do love her, I make no excuses for the obviousness of this girl crush - not very surprising for a someone interested in things French and things fashion - but it's just the way it is. 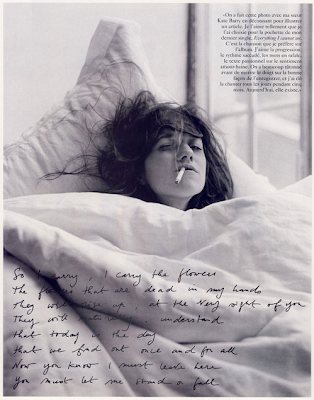 Years ago when I first lived in France I worked at a salon de thé, Tea Follies, in the 9th. I spoke nor understood nary a word of French but I was taught by a friend how to say phonetically "Avez-vous commandé?" or Have you ordered? So I would approach each and every table with this phrase - even if they just sat down and it was only me working so it was pretty clear that No, they hadn't ordered already. (I didn't know that I was asking a past tense question.) Then I would scramble to find some semblance of what they'd said on the menu and give their order to the kitchen. Do you know what it's like to eat humble pie everyday? Just go work in another country in a language you don't understand. I used to feel like a child and so humiliated by a co-worker and customers when I'd get things screwed up. I still have dreams of going back and screaming at my old co-worker in French! Boy, if he could hear me now!! Anyway, I really digressed, Charlotte and Yvan, her husband, used to be regulars at Tea Follies. I didn't have any idea who they were nor who her dad was! Funny, I realize now I was a pretty delinquent Francophile. 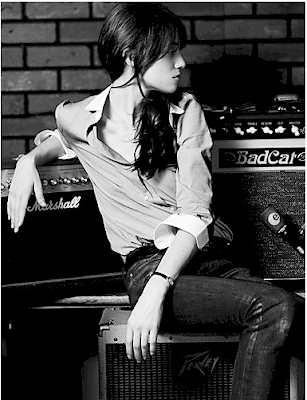 It would be like working in a café in the US and not knowing who...Michael Jackson, Madonna, Bruce Springsteen, I don't know, it's hard to find an equivalent of who Serge Gainsbourg was/is to the French public, but it didn't matter. I fell in serious like with Charlotte. She was my first up close version of the jeune femme Parisienne who had, I'm just gonna say it, she had a certain je ne sais quoi. And she was always friendly, discrete, polite and always incredibly chic. 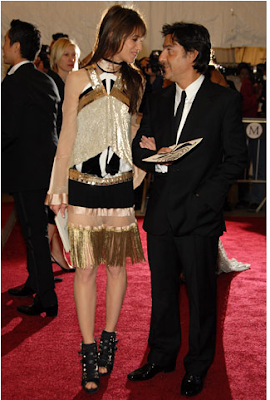 She's the muse of Nicolas Ghesquière (decked in Balenciaga above), a talented actor, a singer and a mama! I will crash the shoot someway somehow and give her some ClareVivier bags! I'll let you know how it turns out.

Back to Clare V.