Meatloaf for the French 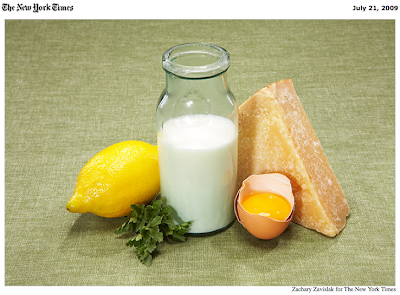 I read this article in last week's Sunday NY Times Magazine where the writer has to go to a potluck at Nora Ephron's house and because I'm obsessed with the idea of a Meryl Streep playing Julia Child in Ephron's film adaptation of Julie & Julia, I decided the "fancy meatloaf" (as opposed to the turkey meatloaf recipe by chef Mark Ladner of Del Posto in NY, although it also looked good) would be the recipe that got me to actually cook something in mother-in-law's historic kitchen. It is daunting to cook anything for the French, let alone a traditional American dish. It was also risky because I'd never made it before, and I'd have to turn all the measurements into metric system, but... 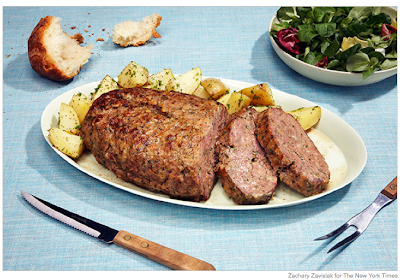 it was delish! Everyone loved it and I don't think they were just being polite, although it's really hard to tell. Anyway, I loved it and I'll for sure make it again.
The lemon zest totally makes it.
Back to Clare V.