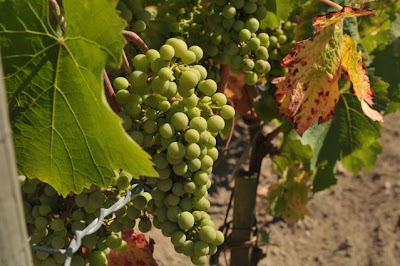 That means, the girl who tastes the wine. I was told by someone yesterday during my first outing to visit wineries in France - in my favorite wine country: the Loire Valley - that, actually it is strange and uncommon for women to take an interest in wine in France. Granted, the person who told to me this conceded that it was due to their outdated and "macho" culture. I'd say. Anyway. After we had a lovely lunch on a covered terrace, high up a hill overlooking the entire Loire wine region (with one troubling nuclear reactor visible in the distance, but hey, it's France), we went to the wineries - just two of them actually. That was enough for one day. 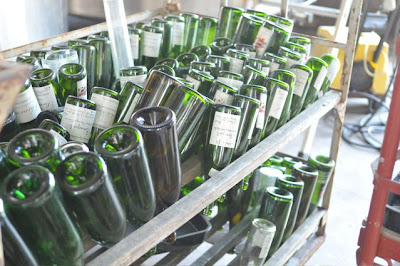 And if wine tasting brings to mind manicured grounds, fancy receptions rooms, maybe a bar full of tourists playing like they're interested in wine but really are only there to get drunk like at any other "bar", you'd be surprised by tasting in the Loire valley. More like pulling up to someone's house, barely a sign indicating it, being met by the vineyard owner in his foyer and not being invited into the house. And, right there in the foyer, maybe on a folding table with a cloth strewn over it, he'll pour you his life's work in glasses you wonder if the people there before you didn't use. The real deal. This is not Disney Napawineland. (That was going to be the title of this entry. Then someone told me girls don't taste wine.) 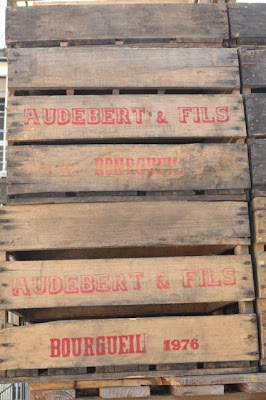 Bourgeuil, St. Nicolas de Bourgeuil, Chinon, Vouvray, Anjou, Saumur, Sancerre!! These are all Loire wines and always the wines I gravitate towards at wine stores or restaurants. I've gotten a few of my friends on to them, too, so we've become little experts. 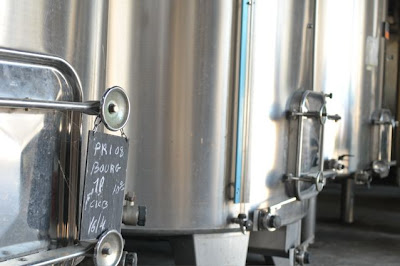 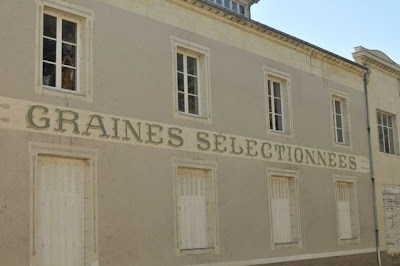 Just amazing type face on a bldg in the region - nothing to do with wine. 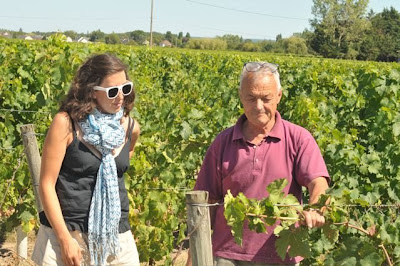 Moi et M. Delauney (of Delauney Pere et Fils which was by far our favorite and we bought cases to give as gifts to our hosts over the next coming weeks) checking out some of his grapes. So we really only did Bourgeuil and St. Nicolas de Bourgeuil, next time, la fille will taste another area in the Val de Loire.
Back to Clare V.