A Fash Week: The Grace and Anna Show + FNO

HBT and I went to an advanced screening of the September Issue (with cocktails following) the other night at the LACMA. The invite, with a plethora of A-listers hosting the soirée, assured a very satisfying people watching event and it did not disappoint. The celebs and other ladies (and gents) were all turned out for the evening - pretty impressively for LA - not an Ed Hardy festooned t-shirt in the house. 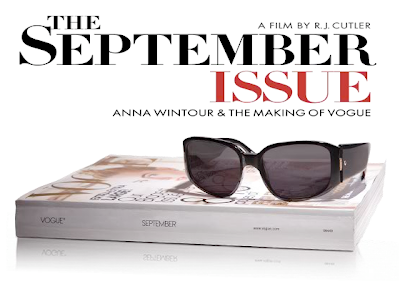 As someone who's been reading Vogue since I was a preteen, I drank up every moment of the movie and watched with rapt attention. However, I'm not sure I could really recommend it to anyone with an ounce less passion for fashion than me - that is to say, Most People. 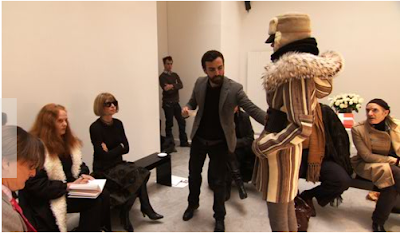 The most interesting part about the film is really the relationship between Grace Coddington and Anna Wintour. After 20 years working together at the magazine - they started the same day! - they've perfected a working relationship with Anna being the business woman (with a penchant for floral prints, cardigans and nude Manolos) and the final decision maker but Grace (exceedingly frizzy-topped and frumpy, continually shot from behind in baggy black clothes and comfy wedges) being the true creative genius of the magazine. Perhaps the most fascinating thing about their relationship is after an hour and half of watching them, I cannot say with any certainty whether or not they utterly loathe one another or if they're a wee bit fond of the other? It could go either way. 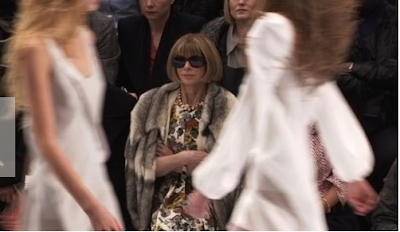 Then last night, we spent FNO - Vogue's big idea to keep stores open late and entice people to pay retail for designers to keep a heavily hit industry afloat (with a pretty hot PSA seen here) - by passing by Roseark to drink a glass of champers and peruse Suzanne Donegan's Mannin jewelry line front and center. Actress Carla Gugino was ogling over the designer's beautiful collection of composed vintage and new collection 18k of pieces, (she ogled over my gray fur stole as well, but that's another story.) Then we headed over to our peeps at Balenciaga, where the soirée's proceeds were being donated to PS ARTS. The lovely Victoria Namkung wrote about it here for style.com. 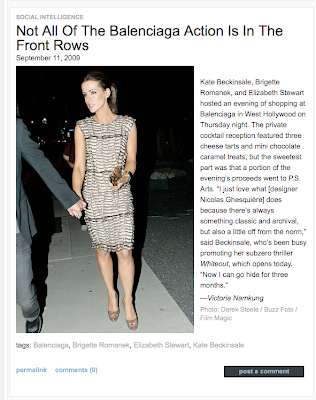 I have to say, amongst the trays of yummy bites and flutes of bubbly floating about the store, there were very few shopping bags full of newly purchased Balenciaga. But if I coulda, I definitely woulda purchased the black wedge boat shoes.

Ça suffit de la mode, for a little while. Tonight I'm host to a sleepover of extremely rambunctious little boys.

(first 3 pics taken from The September Issue website and the 4th from style.com, of course.)
Back to Clare V.