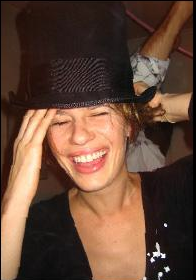 Her name is France and she is French. Every once in a while she comes to our house to work with my husband. They edit out in his garden house. He often has French people come over to work with him, they don't often look like France. She is the effortlessly cool girl you see on the streets in Paris. She's a girl with style, but says she knows nothing about fashion. She's always a bit disheveled but also, in that very French mysterious way, somehow looks chic. And, I'm just gonna say it, there is a little Jane Birkin (cliché, wince) in her.

Maybe it's the bangs? Or the superb mouth? Maybe it's just every cute, cool, boho-chic French girl we want to compare with Jane, even though JB wasn't even French? Yes, to all of the above.

Anyway, France, she's a news journalist/producer, but she's also in a band called the Ukulele Girls. She's the one on the far left. 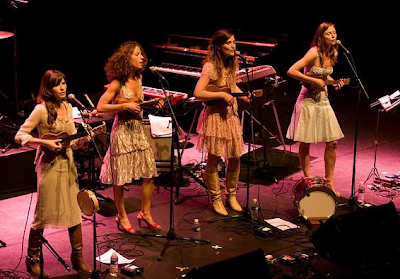 http://www.myspace.com/ukulelegirls
When she came over yesterday she just had a plain old white shirt and jeans.

Yes, that's a VIVIER messenger bag.
And, she had some pretty cute boots from Zara: 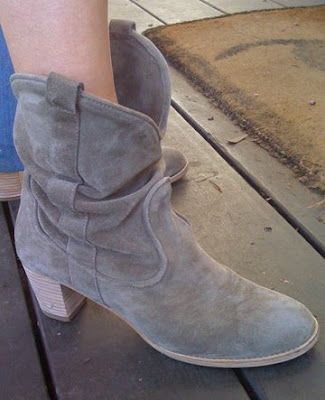 Here's what this self-professed fashion-know-nothing has to say about well, fashion:

V:
What is your favorite store in Paris?

V:
If money wsn't an issue what would you wear?

F:
I would buy the entire latest collection of Sonia Rykiel. 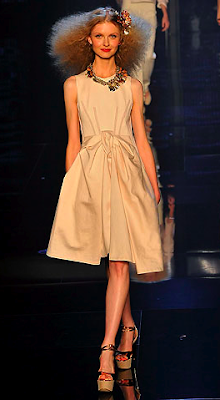 For someone who says she knows nothing about fashion, it's a pretty astute choice. Maybe it's just that if you live in Paris, you get it through the pores.
Back to Clare V.